Why We Should All Talk About Failure More Often 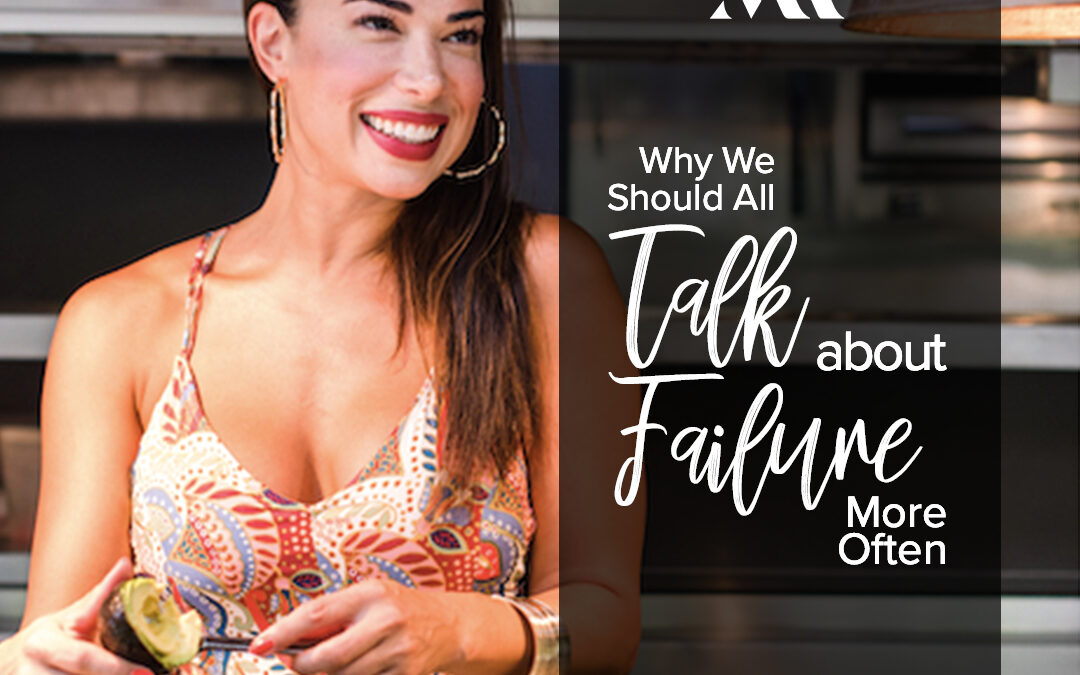 Failure is hard – incredibly hard. I’ve had many failures, big and small, but luckily failure is temporary, while the lessons we gain are everlasting.

Most of us fear failure. The truth is, failure is hard. When we do fail, we don’t like to admit it, and it can be uncomfortable to talk about.

I’m going to be vulnerable and put my hand up to admit – I’ve had many failures. I’ve had failed relationships, failed job experiences and a failed move, buying a home during the market crash. Whether we want to admit it or not, failure is a part of being human.

Failure – one of life’s best teachers

The thing about failure is that not only is it a universal human experience, but failure can be one of the best teachers, motivators and paths to success. Nobel Prize wining psychology research shows we can learn more from failure and negative reinforcement than positive reinforcement and success. Luckily, we have the opportunity to recover from the majority of failures we experience, even big failures, and it’s what we do with this recovery that matters the most.

Some of the world’s most successful leaders have openly spoken about how success cannot be achieved without failure. Take internet billionaire Jack Ma – he not only believes in the power of failure leading to success, but is proof that even a string of failures won’t hold you back from achieving your dreams.

Make it safe to fail

Society often prefers to celebrate success stories. It’s not as glamourous to talk about failure, yet failure can be one of the most powerful, compelling and vital human experiences that the majority of us can relate to. While success stories are the dominant cultural narrative, luckily a number of clever and successful businesses are beginning to create “safe to fail” environments. Businesses are increasingly rewarding employees for pitching and testing ideas. Risk taking can reap big rewards, but failing also provides a wealth of benefits to companies and their employees.

When we have the chance to fail and learn from our failures we can gain:

Failure is temporary but the lessons we gain are lasting. It’s not only okay to fail, but it can be a good thing.

While we live in a success driven society, it’s important that we don’t count out the power of failure and it’s ability to motivate us. A recent Columbia University study found that the grades improved in students who learned that visionaries such as Albert Einstein experienced personal and intellectual failures. I think the world would be a better place if we all opened up more about times we have failed, make it safe for those around us to do so, and work together on learning and recovering from our failures.

If you’re interested in learning more about failure, check out this TED Radio Hour episode on failure and how it clears the way for success in our everyday work and in our innermost lives.

Let me know about a time you have failed, and what you learned from it in the comments below.